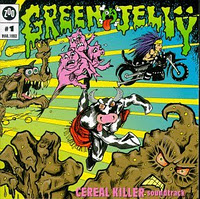 This is a compilation of some of the best clips from Louis C.K.'s stand-up comedy act. Support him by buying his latest act, now self-produced and distributed through his website, with a significant portion of proceeds going to charity; an excellent initiative and hilarious entertainment!

Asian Comedy - Where my Nigga

Louis C.K. - Doing your job and the entitled 20 year olds

Bob Marley - Get Up Stand Up