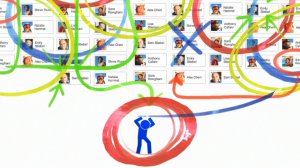 CollegeHumor
CollegeHumor.com was founded in 1999 by two high school friends from Baltimore, Maryland who went...
http://www.collegehumor.com

Not to question Canadian sports icon Wayne Gretzky and all, but I'm sure I'm not alone in quickly realizing this is a fake/gag (in case the CollegeHumor logo didnt already give that away).

NHL 94 - The Best Hockey Video Game Ever Made?

Are Violent Video Games Preparing Children For The Apocalypse?